See and Do Overview

From Sandstone to Steel

Journey through Cockatoo Island’s complex and layered history at your own pace with our engaging audio tour.

Featuring an informative narrator, immersive sound effects and archival interviews with former workers and residents, this self-guided tour paints a vivid picture of the island’s bygone days across 26 audio stops.

You’ll learn about the poor living conditions of convicts incarcerated in the island’s former penal establishment, and the hellish plight of the young women raised in the Biloela Public Industrial School for Girls and the Biloela Reformatory. You’ll also hear about the feats achieved by the thousands of workers employed at the island’s enormous shipyard during the 20th century and the enduring significance of the island for First Nations Peoples.

Update (04/02/2020): The Audio Tour will run to an alternative route between 5 February and 10 March due to works being carried out on Cockatoo Island.

The audio tour is available on demand from the Visitor Centre between 10am and 4pm daily. The tour is $5 per person and includes an audio unit, headphones and a special map. We also accept private bookings for groups of between ten and 30 people. To arrange a private booking for our audio tour, complete our enquiry form. 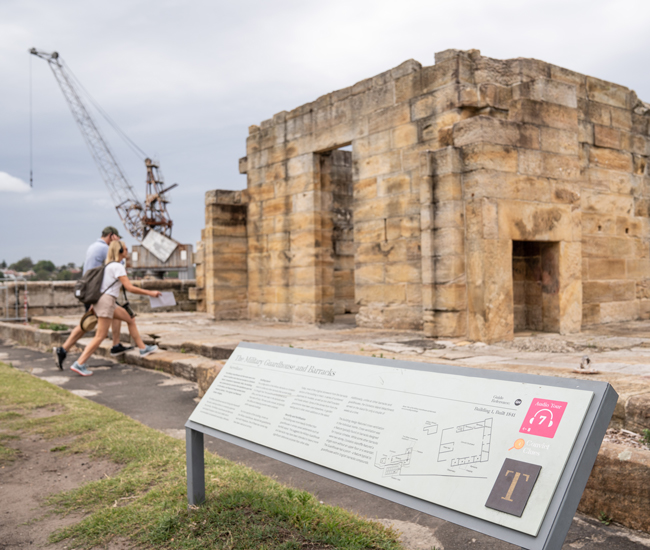 There is no age restriction on the audio tour; however, children under 18 must be accompanied by an adult as the tour contains mature themes.

The tour contains stories (and may contain images and/or visuals) of deceased people.

The tour involves a steep incline and some uneven surfaces, and it is not suitable for wheelchairs and mobility scooters. A moderate level of fitness and mobility is required. 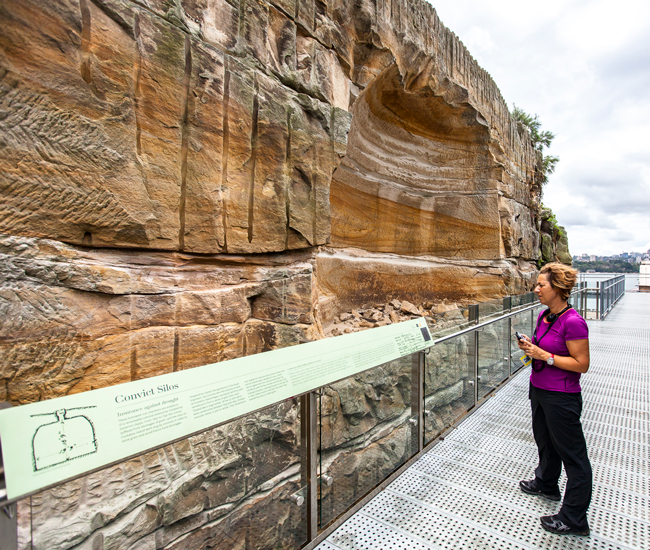 Looking to visit, stay at or tour Cockatoo Island? Here are some useful links...

Stay up to date

Receive news and information about Cockatoo Island, including upcoming events and attractions.

Error while subscribing, please try again after sometime.
Thank you for subscribing!

Our website uses cookies which collect information about how you interact with our website. We use this information to give you the best experience on our website and for analysis. By clicking the 'I accept' button, you are consenting to the use of cookies. However, if you would like, you can change your cookie settings in your browser any time. For more information, please see our Cookies and Tracking Statement.